WIFC will undertake their first journey north of the border for 8 years in the Quarter Finals of the IFA Cup, having been drawn against St Johnstone. The tie, which will take place on Saturday 26th March, is the internet ‘Orns first appearance at this stage since 2011 and manager Richard Walker was delighted with the draw. ‘Travelling for a fixture like this is what the IFA is all about’ said Walker. ‘We’re already making plans and look forward to taking a full team north of the border’

WIFC’s last trip to Scotland saw a marathon journey to Aberdeen for an IFA Cup Quarter Final back in 2008. Goals from veteran trio Martin Owen, Chris Westcott and Martin Pollard weren’t enough to prevent a 3-5 reverse. Halifax were 4-1 winners in WIFC’s last outing at this stage, with Paul Withey scoring the solitary goal.

Availability details will be confirmed via the club’s Facebook group page in due course. 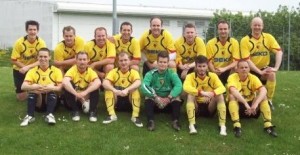