Despite his spectacularly unfit appearance, Ally has become a vital cog in the WIFC machine since being introduced to the club by Chris’ Dundon and Dew in 2013. At home playing anywhere in the spine of the team, Ally has a useful goals per game record for someone who possesses very few of the attributes usually associated with strikers, Ally holds a unique WIFC record in being voted best newcomer and player of the year in his debut campaign. 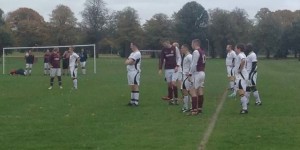