WIFC are making final preparations for their trip north of the border to face PSJ Saints, the St Johnstone fans team, in the quarter-finals of the IFA national cup tomorrow. It’s been 8 years since the Internet ‘Orns have visited Scotland, which has always been a hotbed of IFA football. As the intrepid group try to figure out how to get deodorant onto a plane, we bring you a rough guide on what to expect from the game and the travelling party.. 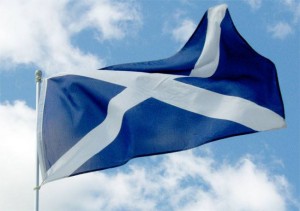 The Opposition
Long standing members of the IFA, PSJ currently sit halfway in the Scottish League table, though they have plenty of games in hand on the sides above them. While playing new teams is always a trip into the unknown, 7 wins from their 12 league games, a 12-4 win against Cambridge in round one and 24 goals so far this season for leading scorer Dale Walker suggest a tough task ahead for the Internet ‘Orns, in what is the first ever meeting between the sides. 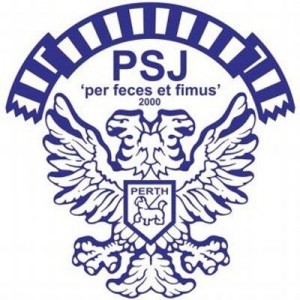 The Plan
Flying up on Friday afternoon, the squad will not quite be enjoying the same type of aircraft as the big boys but are sure to avail of the facilities at the airport, With a night out in Edinburgh planned, much depends on how the hangovers are for the match on Saturday morning.. just as one would expect on a WIFC trip away. Singing voices at the ready..

The Squad
A great mixture of newer players taking their first tentative steps onto a WIFC away trip and old slags to lead the way..

Matt Ainsley
Apps 213, Goals 12
Now firmly in the veteran category at 43. Will be at the centre of any night out fuck-wittery. Keep him away from sambuca and straws, and don’t take up his invites for a punching competition.
Tom Beck
Apps 66, Goals 1
Fixtures guru, fan of obscure bands and German football. Most likely to be found trying to steer his team-mates away from rough women.
Rob Booth
Apps 0
Debutant, having long been badgered to play by manager and best-mate Richard Walker. A company director, WFC Season ticket holder and all round good bloke who likes to avoid tackling these days.
Cleveland Brandy
Apps 6, Goals 1
One of 4 in their first full seasons with the club. Avid collector of nicknames, C-Dog will wear white socks on the night out and look uncannily like a young Trevor McDonald.
Richard Murphy
Apps 271, Goals 64
Ahhh Murphy, you crazy old goat… my brief here is to write a ‘what to expect’ sentence or two for all players. 13 years since his debut and I’m still utterly unable to predict. Apart from stepovers. And unicorn noises.
Stuart Nicholls
Apps 101, Goals 30
A massive disappointment to all who know him. Can play anywhere on the pitch with equal ineffectiveness. Great bloke, huge nose. Will dress appallingly for the night out.
Ben Pegram
Apps 35, Goals 10
Yes, Ben. Just the 10 goals. Another top bloke with terrible dress sense. Won’t pass the ball and will probably shoot instead, even if playing at full-back.
Lamar St-Cyr
Apps 6, Goals 2
2nd of the first season wonders. Much like his mentor Cleveland, highly likely to wear white socks on the night out. Quiet and quick
Brad Simmons
Apps 50, Goals 2
Sole representative of the 1881 in WIFC ranks, so will be expected to lead the singing. Teen-wolf lookalike, will reliably try and pull anything that moves. If he fell into a bucket of tits, he’d come out sucking his thumb.
Rob Stone
App 51, Goals 2
Injured all season but coming back just at the right time. Meeting us up there, so rumours of a bad case of bird may prove unfounded after all. Looks like Bale. Gareth, not Christian.
Tommy Twelves
Apps 3, Goals 1
Another of the first season boys. Best name in WIFC history. Wears a Watford shirt to work under his clothes and probably will on the night out. Terrible hair.
Charlie Wood
Apps 13, Goals 7
4th of the first seasoners. Has flown under the radar banter-wise, your reporter hopes to see that change this weekend. Lots of middle names.
Maurice Clarke – Player/Coach
Apps 63, Goals 3
Absolute legend and still a powerhouse on the pitch in his late 40s. Drunk Lemsip and Rum throughout recent trip to Sunderland. Will be the best dressed and best dancer on the night out, as always.
Richard Walker – Player/Manager
Apps 94, Goals 10
Gaffer. Shouty. Ebullient. Just some of the words to describe Rich. Will wear flat cap on night out and channel his inner Chas and Dave. Two more words – Music Man. Be ready!
Chris Davis – Transport Logistics Officer
Apps 16, Goals 3
Former manager, led WIFC to London Cup glory in 2013. Club treasurer and huge influence on the club. Will bore your tits off talking about some game v Dulwich in the dim and distant.
Dave Messenger – Media Officer
Apps 166, Goals 2
Non-player, walking a marathon on Tuesday (justgiving.com/david-messenger1) Arguably the most important figure in WIFC history. Undisputedly club’s best looking player ever. Modest. Will fall asleep in the nightclub or a curry.