WATFORD IFC collected their first silverware since 2013 at a sunny Stadium MK yesterday, with a tournament win in the MKDSA Changing Places Challenge Cup. The 5 team tournament, organised superbly by the MK Dons team, was held to raise funds for a Changing Places facility at the stadium, which will enable disabled people who cannot use standard accessible toilets, such as those with with profound and multiple learning disabilities, motor neurone disease, multiple sclerosis, cerebral palsy, as well as older people, to enjoy matches at the stadium in comfort.

In the group stages of the 11 a side tournament, WIFC met Northampton first up.. with only 25 mins for each match the emphasis was on taking chances, but the Internet ‘Orns spurned a good number, including three woodwork strikes, before Tommy Twelves smashed home a winner with 2 mins to spare. The second game against the hosts was a more comfortable affair, with an early Twelves goal and a Stu Nicholls penalty securing a second win.

A stout defensive display saw a goal-less draw with Stevenage secured in the third game, with keeper Neil Hall in commanding form and while Twelves and Mark O’Connor both missed chances to make the final group game academic, the feeling in the camp was positive going into the last group game against Crawley needing a point to confirm a place in the final. WIFC duly took all three thanks to a fine 15th goal of the season from Mark O’Connor.

The final saw a re-match with Crawley, who had battled to the final with 11 men standing. Charlie Wood, back from 4 months travelling, opened the scoring with Twelves adding a second. All looked on course until Crawley finally punctured the Internet ‘Orns tournament clean sheet with 10 minutes to play, but any thoughts of a comeback were ended by Twelves straight from the re-start. With Crawley tiring and WIFC able to bring on fresh legs, O’Connor and Ben Kelly gave the scoreline a flattering hue with a goal apiece.

Stand-in manager Dave Messenger was delighted with the team spirit and effort shown throughout the day. “We defended brilliantly across the 125 minutes of football, and every member of the squad contributed to a memorable tournament win” enthused Messenger. “We were clinical in front of goal and kept the ball well all day. Best of all, the day was a huge success and it was great to see over £2000 raised for the MKDSA fund. We wish them all the very best with their future fund-raising for this important cause” 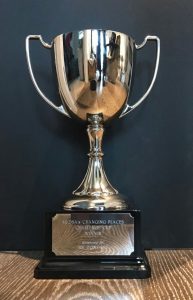