Watford IFCs first home game of 2016/17 took place on a gloriously hot and sunny Saturday morning at Parmiters School. Coming off the back of an opening day win at Southampton, the Internet ‘Orns were instructed to keep the ball on the floor and pass to feet throughout the game after a lack of height and speed were identified in the pre match team talk by management.

Stuart Nicholls got the home side off to a flier as they raced into a 3-0 lead within the first 15 minutes. Nicholls’ first was a neat volley from 5 yards from a Cleveland Brandy cross, then minutes later he collected a ball from Man of the match Ben Kelly and stroked the ball into the bottom corner from 20 yards. Nicholls then rounded off his second treble for the club from close range, following a defensive mishap.

The first half continued with WIFC pressing and hitting the post on 2 occasions through Nicholls and Charlie Wood. A lapse in defence then allowed Cambridge to score as a poor goal kick was followed a misplaced pass out of defence and minutes later an own goal from keeper Tom Beck reduced the deficit further. The end of the first half was frenetic with the visitors seizing the initiative and pushing for an equaliser. For all their pressing this didn’t happen and the 2 goal advantage was restored when Kelly ran half the length of the pitch before smashing home from the angle inside the box.

A reshuffle of personnel gave WIFC joy down the wings with both fullbacks pushing up and joining attacks as the second half got underway. Wood was the beneficiary of such play and finished his second goal of the new season from close range following good work from Richard Murphy and Ed Sterry, in his 100th appearance for the club. A sixth came soon after, converted by John Sitowski who got the final touch off a drive from Murphy following penalty box pin ball for his second goal for the club.

Nicholls then added his 4th and beat his tally for last season inside a game. After chasing down Cambridge’s tiring defence, his resulting cross to Wood was blocked and he duly slotted home the rebound. The goal of the game was left until last when Dave Sitowski, playing higher up the pitch than his usual defensive berth, collected a cross from deep and smashed home from the edge of the box with the outside of the foot.

In the end, a convincing win for the Internet ‘Orns and a 100% start to take into tough away games at Stevenage and West Ham. There was also a welcome return for Matt Ladell after more than a year out through injury and a promising debut for Phil Winwright.

LAST Saturday evening saw the usual high jinks and singing as WIFC took over the Ali Baba curry house to dish out the 15/16 award winners. The full list of winners is below. As the Hall of Fame winner was not present, this will be announced in due course. 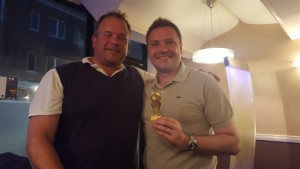 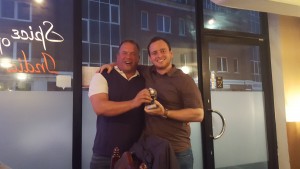 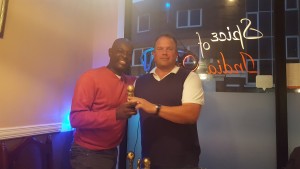 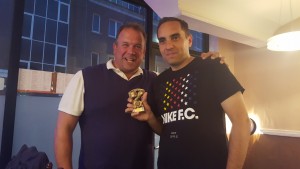 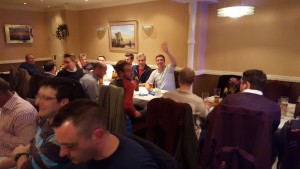 WIFC got their 2016/17 season off on the right foot with a hard working 3-2 win on the south coast on Saturday morning. Stand-in manager Dave Messenger successfully rotated a 17 man squad and every player contributed to the win against a competitive Southampton side.

The visitors opened the scoring early on, as man of the match Charlie Wood collected a pass from Mark O’Connor and finished calmly. The Saints were back on terms shortly afterwards but Richard Murphy rounded the home keeper on the half hour mark to re-take the lead. After the break, Stuart Nicholls crashed home a third from a half-cleared corner, though he later put through his own net to give Southampton a lifeline. Some solid defending saw WIFC hang on for the win and complete a deserved win.